The Journalism Education & Research Association of Australia (JERAA) calls for the dropping of all criminal charges against 30 Australian journalists, editors and media organisations over their reporting of Cardinal George Pell’s trial for child sexual abuse and the guilty verdict.

The Victorian Director of Public Prosecutions (DPP) has dropped 105 of the 205 contempt of court charges that were laid in 2019 against leading Australian media personnel and organisations that were accused of breaching suppression orders on reporting the Cardinal Pell’s trial. When the initial charges were laid in 2019, the DPP called for fines and jail terms for the accused journalists and organisations.

In the leadup to the next Supreme Court appearance about these accusations, the JERAA Executive calls for the DPP to set aside all other charges and claims.

Australian journalists are facing multiple obstacles that hamper their ability to keep the public informed and protect democracy. These include misuse of suppression orders, restrictive defamation and national security laws, barriers to freedom of information and a heavy-handed approach to information leaked by whistleblowers, as was shown by last year’s raids by the Australian Federal Police on journalists employed by News Corp and the Australian Broadcasting Corporation.

As a result, Australia has dropped five places in 2020 to the ranking of 26th in the World Press Freedom Index, which is compiled annually by Reporters Without Borders. Namibia and Latvia now rank above Australia for press freedom. In releasing the 2020 Index, Reporters Without Borders noted: “Australia (down 5 at 26th) used to be the regional model but is now characterised by its threats to the confidentiality of sources and to investigative journalism.”

Open justice and robust journalism are critical to providing information needed by society for a strong democracy, a thriving economy and a healthy society. 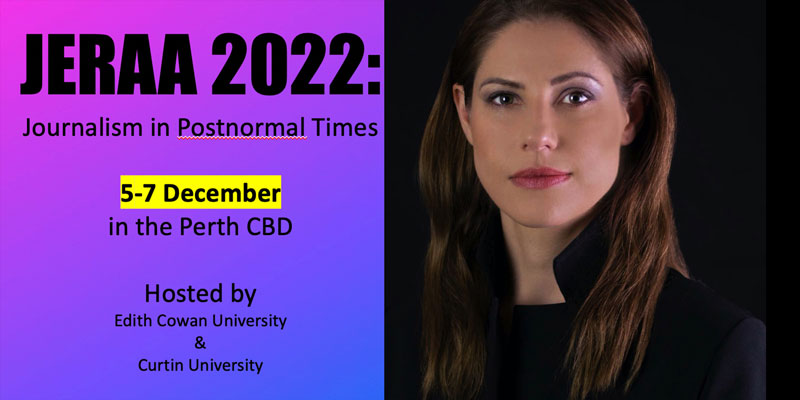 2022 JERAA Conference will be held in Perth