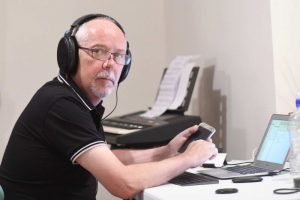 The Journalism Research and Education Association of Australia strongly condemns the treatment of veteran journalist Dan McGarry by the Government of Vanuatu.

Mr McGarry, former media director of the Vanuatu Daily Post and a resident of Vanuatu for 16 years, has been barred from returning to his home and family after immigration officials refused to issue a re-entry visa.

In a move that not only represents government interference in a private company, but an attack on press freedom, Mr McGarry had his work permit cancelled on November 7.
He believes he was forced out due to his reporting about Chinese influence in Vanuatu.

A legal challenge to this ruling is underway. Shortly after this report was published, Mr McGarry left Vanuatu to participate in the Melanesian Media Freedom Forum, held at Griffith University in Brisbane.

The topics under discussion included concerns about press freedom in the Pacific and the safety of journalists working in these areas.

After the conference, Mr McGarry was barred from boarding his flight home and told that he had been denied a visa.

The treatment of Mr McGarry by the Vanuatu Government represents a callous dismissal of the importance of journalism and an attack on press freedom.

A free press is the cornerstone of a functioning democracy. The rights of journalists must be protected.

The JERAA executive stands alongside Mr McGarry and calls on the Government of Vanuatu to immediately reverse the decision and allow him to return home.