In 2006 Lynette became the Australia’s first female Professor of Journalism.

Her book, Understanding Journalism, now in its third edition, was first published in 2002 and most recently in 2018. It has been translated into Czech and Chinese and is used in journalism education around the world.

This is a copy of the speech delivered by Dr Alex Wake at the University of Sydney on December 5, 2019.

Over a career spanning more than three decades in both journalism and academia, Professor Lynette Sheridan Burns has proven herself to be a tireless advocate for improvement to journalism practice through her research and resultant innovative approaches to pedagogy within the academy.

Lynette has won numerous journalism awards and an Award for Excellence in Teaching (University of Newcastle). She was also a recipient of The Australian newspaper Award for Excellence in Educational Publishing – for the Media and Indigenous Australians Project, which provided educational materials to Australian tertiary journalism courses about reporting on Indigenous issues. That project was a direct outcome of the Royal Commission into Aboriginal Deaths in Custody.

Lynette’s research has focused on innovative approaches to teaching. Since 1998 she has led three federally-funded curriculum design projects, which improved the reporting of diversity in Australia through developing journalists’ skills in reflective practice. She has also been a seminal contributor to the Expert Reference Group for the Federal Department of Health and Aged Care’s National Youth Suicide Prevention Strategy.

Lynette has clearly and consistently demonstrated a long-standing commitment to social justice through the development of learning materials, journal articles and books that assist both aspirant and career journalists to actively reflect upon how news and longer-form stories are reported. There is no doubt Lynette is a global pioneer in applying the ‘reflective practice’ approach to journalism education, which teaches  students how to report effectively through the understanding and application of an ethical framework when reporting.

This pedagogical approach of reflective practice was the basis of Lynette’s PhD thesis and also underpins her book, Understanding Journalism, which was published in London in 2002, re-printed in New Delhi in 2003 and translated into Czech in 2005. This best-selling textbook is now in its third edition and remains a standard text in curricula around the globe.

Lynette has long been a generous mentor and loyal friend to many of us here today, as well as colleagues scattered around the world.

Ladies and gentlemen of JERAA, please join me in welcoming Professor Lynette Sheridan Burns to life membership of our organisation. 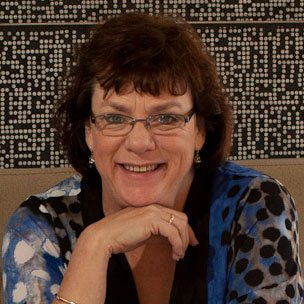