In advising the membership of his death, Assoc Prof Angela Romano wrote: “Alan was a kind and generous person to me. When I met him, I was a PhD candidate. Alan was not just interested in research on Asian journalism but also one of the few people in Australian journalism education with a PhD at that time. He was ever the cheer squad for budding journalism researchers—encouraging us to persist and progress in our studies. He was also constantly entertaining with his vibrant personality and colourful storytelling skills. Most of all, he was passionate supporter of journalism, journalism education and journalism research.”

Alan’s career was a bit like the old song, ‘I’ve been everywhere’. His journalism career started in 1973 when he became the Nation Review’s Brisbane correspondent. He moved into various reporting and editorial positions for Queensland Newspapers, AAP, the ABC and Radio Television Hong Kong, and also worked as a ministerial public relations staffer.

When Alan announced to his journalistic colleagues in 1990 that he was leaving the media for a job in academia, it seemed like a bold move. Some of his colleagues wondered how long such a thing could last. Of course, Alan went on to work for about 25 years at UTS, QUT, CQU and Hong Kong University, reaching the rank of Emeritus Professor. He was also active in community service and served on many bodies, including groups as varied as the JEA (now JERAA) executive, Asian Media Information Research Centre, Friends of the ABC and 4ZZZ.

JERAA has expresed condolences to Alan’s wife Kathy Egea, his family and friends.

Details of memorial services in Brisbane and Sydney will be shared in coming days. 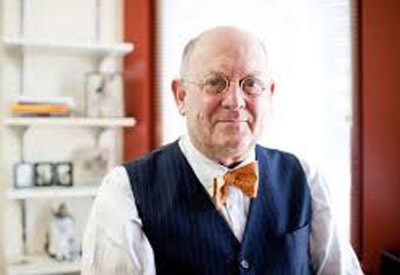