Emeritus Professor Shelton Gunaratne was an active member of the (then) JEA during and after his term at Central Queensland University from 1976-1985, where he had been the founding lecturer in journalism at what was then known as the Capricornia Institute of Advanced Education (CIAE). He was later appointed professor of mass communications at Minnesota State University Moorhead.

Shelton was an active member of numerous international journalism and communication organisations, including the AEJMC, ICA, IAMCR and AMIC – which in 2016 awarded him the AMIC Asia Communication Award for 2016 in recognition of his “ground-breaking scholarship and intellectual contribution to Asian media and communication research.”

I am particularly indebted to Shelton for his mentorship on the relationship between journalism and Buddhist ethics and phenomenology, which he introduced to the literature with The Dao of the Press : A Humanocentric Theory (Hampton Press, 2005) – a deeply theoretical and cerebral exploration of the inter-connectedness of all things, modelling the media’s role in that process.

He kindly invited me to co-edit (with his former PhD student Sugath Senarath) our book Mindful Journalism and News Ethics in the Digital Era: A Buddhist Approach (Routledge, 2015). That project continues, and I acknowledge his input into my work as my mentor and friend.

I spoke on the phone this morning with his widow Yoke-Sim who had loyally nursed him through the final stages of Parkinson’s Disease. She reported that Shelton was sharp to the very end.

Shelton believed strongly in the ripple effect of one’s actions upon others, and I know his intellectual outputs will have a lasting impact upon journalism and mass communication scholarship, educators and students.

If any of you happen to be in Minnesota this week, a memorial service has been organized on March 15 (Friday) at Minnesota State University Moorhead, Comstock Memorial Union 205 between 6-8 p.m. An almsgiving (dania) will be held at the Gunaratne residence (3215 Village Green Drive, Moorhead, MN 56560) on March 16.

RIP Shelton, and thanks for your legacy. 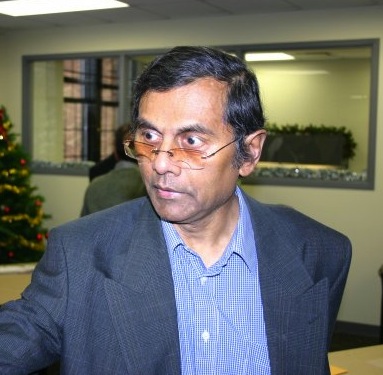