Award-winning journalist, broadcaster and former RMIT television lecturer Jill Singer has died from a rare blood disorder. She was 60. Singer joined RMIT’s Journalism Program in 2008 after an illustrious career in radio, television and as a columnist and commentator that saw her win a Walkley Award for investigative reporting in 1992 and two Quill awards for current affairs journalism in 1999 and 2010.

Singer used her experience as a journalist to enrich her classes. After starting her journalism career as a trainee with ABC radio in the mid-1980s, she moved to television as a senior reporter, presenter and executive producer for the ABC’s 7.30 Report before being poached by the Seven Network to host the Victorian edition of its nightly current affairs program Today Tonight. In 2005 her book, Immaculate Conceptions: Thoughts on Babies, Breeding And Boundaries, was published by Lothian Books.

In February, Singer was diagnosed with the terminal disease AL amyloidosis after more than a year of misdiagnoses of mental illness and depression. In early April she married lawyer Anthony Brand, whom she described as her “true and steadfast love” and two weeks after her wedding, Singer wrote about her illness for the Herald Sun.

Known as a fierce and fearless journalist, Singer was determined to remain positive, despite being told by doctors that her disease was incurable and she was likely to have only six to 12 months to live.

“I am determined not to be average though, to make the most of every moment I have left and to will myself, somehow, to outlive the most pessimistic of pundits,” she wrote. “Do you believe in magic? I don’t know many things, but I do know this, if we open our hearts to all that is good around us, then we can and will find we can have lives rich enough to constitute more than a passing facsimile of magic.”

On June 8, Mr Brand announced her death in a Facebook post: “Jill Singer @snooplady Our friend, colleague, teacher, my wife, proud mother and grandmother, lover of life has “got on with it”. So missed, a bright life who made a difference.
Always loved. RIP” 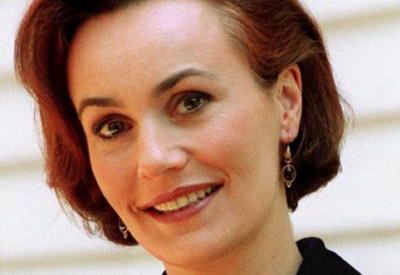