Journalism professor John Herbert died in the United Kingdom on December 9, 2012. Journalism academic Wendy Bacon advised the JERAA membership that John was executive producer of ABC radio’s AM program for a period in the 1970s. He had earlier worked at the BBC. He co-founded the UK’s first postgraduate diploma in radio journalism in London and was Head of Radio Training for the BBC.

He started both undergraduate and postgraduate journalism at Staffordshire University and was foundation Professor of Journalism there. He wrote three books including Practising Global Journalism and Journalism in the Digital Age. John was always a generous and encouraging colleague who participated in our debates and journalism education in the region even when he was in the UK. He attended conferences when he could. John’s contribution to journalism education was very significant but those of you who knew him will not be surprised to learn that he also made a major contribution until the end of his life in the parish of Sheldon Village where he lived. Indeed he was still providing an accurate account of events in the village until a week before he died. Here is a message to the village about his death.

And here is John’s last piece of reportage, one week before he died, John leaves his wife Margaret and his family in UK and Australia. 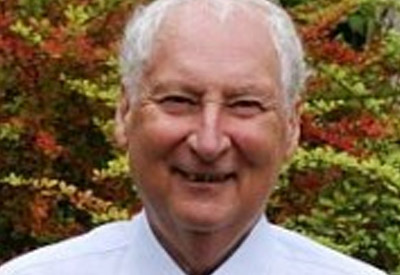