Stephen Lamble, former journalist and founder of the University of the Sunshine Coast journalism program, passed away after an extended period of ill health.

It’s a sad loss for journalism education and research. Although Stephen retired in 2012, his legacy is ongoing.

Stephen is particularly well known in Queensland, where he’d worked as a senior staff journalist and bureau chief with The Sunday Mail newspaper. He was multi-skilled, and had also worked as photojournalist, sub-editor, editor and pioneer in computer-assisted reporting.

Stephen was well regarded as a teacher and received an ALTC Citation for Outstanding Contributions to Student Learning for creating innovative curricula and developing research-informed teaching resources. He was also awarded USC’s Vice-Chancellor’s Medal for Outstanding University Teacher.

Stephen had a significant influence on Australian journalism education with his research about a wide range of issues in journalism and journalism education, including computer-assisted research, multi-platform news reporting, and investigative journalism. Journalism students across Australia make substantial use of his highly popular text, News as it Happens: An Introduction to Journalism, now in its second edition. Stephen also co-authored two other well-regarded texts—Online Newsgathering: Research and Reporting for Journalism with Stephen Quinn and the third edition of The Daily Miracle: An Introduction to Journalism with David Conley. 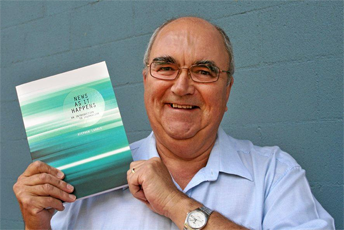