“It is with heavy heart we acknowledge the passing of Val French AM on Thursday, March 12, 2020, peacefully with her family at her side. A precious and valued lady who selflessly gave so much of her life to fight for the rights of others.  For those that have known her and felt her strength of commitment, we would love to hear from you at http://opso.com.au/val-french-am-m-lit-stud-ba/” … Older People Speak Out, Brisbane, Australia

GIVING a voice to the voiceless was a precious quality instilled in a young girl as she routinely followed her “radical” doctor father around the NSW mental hospitals he was transforming to more caring, compassionate and inclusive places.

The power of positive transitions demonstrated to her in the 1930s and 40s continued to underpin the passions and perspectives of the pioneering and persuasive woman that young girl became.

Initially training and working as a teacher and fostering debating at the two girls’ schools at which she taught in Sydney before marrying and starting a family of her own, she eventually moved north to live in Queensland.

As a young mother in the mid-1960s, she continued to work for the voiceless, sharing her love of debating and even going into the capital city’s notorious prison, Boggo Road Jail, imparting vital communication skills that many prisoners lacked. Immediately she could see parallels with the mental health institutions of her childhood.

Further study saw her attain a Master of Literary Studies, majoring in journalism – which included a sponsored research visit to US journalism schools – before she went on to tutor persuasive speech at the University of Queensland then moving to the Queensland Institute of Technology to teach business writing.

Within a few years, Val French was tapped to establish QIT’s journalism program. From the earliest stages of the program, she insisted that print, radio and television journalism skills be taught to all students.

She negotiated with QIT’s audio-visual department to ensure students learned the technologies to enable them to present relevant news and current affairs programs as part of their course.

During the late 1970s, Val co-founded Women’s Radio, along with well-known Kallangur pharmacist and mental health advocate Pam Gorring and a board of eager volunteers. Broadcasting weekly from the old 4EB studios in West End, Women’s Radio gave her a valuable outlet for her students as well as the ability to see that important stories – which perhaps would otherwise slip under the radar – were aired.

In those days, there were very few women in newsrooms and even fewer who were working as journalists were usually assigned to the “women’s desk”. So Val used her most persuasive arguments to prise open the doors for her female graduates to report real news.

Today, many of the women she trained have filled senior news positions around the nation: names such as journalist and social change agent Tracey Spicer (who has definitely followed in Val’s advocacy shoes); ABC TV’s host of The Drum and ABC Radio broadcaster Ellen Fanning; and ABC TV’s 7.30 host Leigh Sales. And Val’s male graduates didn’t do too badly either: Paul Osborne was a senior bureau chief for AAP at the time of Val’s passing; now in the communications field, Steve Carey once headed Seven’s news team in Melbourne; and Chris Bombolas had stellar media and political careers before moving into the public service. Others have gone on to teach journalism or conduct research in the field.

In 1976, Val was the first female journalism academic, along with Pat Hudson from Murray Park CAE, to join the newly formed Australian Association for Tertiary Education in Journalism (now the Journalism Education and Research Association of Australia). She remained an integral part of QIT’s journalism program until she retired from teaching at the end of the 1980.

Her lifelong friend and then QIT teaching contemporary, Patsy McCarthy – now an adjunct professor at QUT – can attest to Val’s “indefatigable” energy and skills that she took into her “retirement”, where she continued to employ her knack of quickly sizing up people’s skills and co-opting them to help her drive positive change.

Apart from her enduring education roles, Val’s contributions to journalism and society over 70 years have been enormous – as this 2016 tribute details – spanning continuous advocacy those without a voice, including women and older Australians. These included, among others:

As you can see, in “retirement” Val found another vocation: advocating tirelessly for older and marginalised Australians. She knocked on doors, sat on endless committees and advisory boards, held forums, used the media as a platform for change and twisted the arms of local, state and federal politicians, while pressuring aged care operators to do the right thing, along the way earning the respect – and sometimes deserved apprehension – of all.

Journalism is in the business of holding up a mirror to society and reflecting it back to itself. Val French continued to epitomise that adage at every turn, often making people squirm so much that they had no choice but to act to rectify a wrong.

However, this was all done with a clever blend of respect, reality and fun. For instance, at the launch of OPSO during Seniors’ Week in 1993, Val organised for a group of elderly co-conspirators and herself to rock up on Harley Davidson motorcycles, which local media just lapped up. Their motto was: “You’re never too old!”

Indeed, despite what might have been going on in her own life, Val continued to give so generously of her time and skills, coaching the voiceless or representing them to those in power. She simply made the time to establish and head OPSO, with the sole mission of empowering older Australians, and appeared regularly in the media pointing out injustices and policy shortcomings.

Using her understanding of journalism as well as her prodigious network of media contacts, Val ensured OPSO also shared key media-engagement skills with older Australians, collaborated with RACQ to conduct statewide road safety awareness campaigns among older drivers, ran public forums and workshops, fostered intergenerational initiatives and contributed to the national conversation around a range of issues. OPSO members and friends have always looked up to her and been willing to pitch in whenever she needed help to achieve something on behalf of those in need.

When OPSO started, older Australians and their issues were largely invisible in the media. Part of that situation being rectified can be attributed to a major annual exercise that Val oversaw. From 1994, OPSO ran media awards for 25 years, specifically acknowledging constructive media coverage of issues affecting the nation’s elders.

In 2017, on the occasion of her 90th birthday, Val French’s biography, Care Enough – 15 lessons from a life that brought social change, was published with the assistance of local journalist Heather Grant-Campbell. Those instructive lessons included:

Val French AM remained Patron and Founding President of OPSO until this past week, despite declining health precluding her from day-to-day involvement over the past couple of years. Her committee of friends and allies has vowed to continue her work and extends its sincerest condolences to her family members and loved ones.

Born on October 20, 1927, Val French passed away peacefully after a lengthy illness during the past week, surrounded by her loving family. Her funeral will take place from 1pm on Friday, March 20.

Later this year Older People Speak Out and QUT will honour Val French AM at a special ceremony to acknowledge Val’s contribution to journalism and to those without a voice. 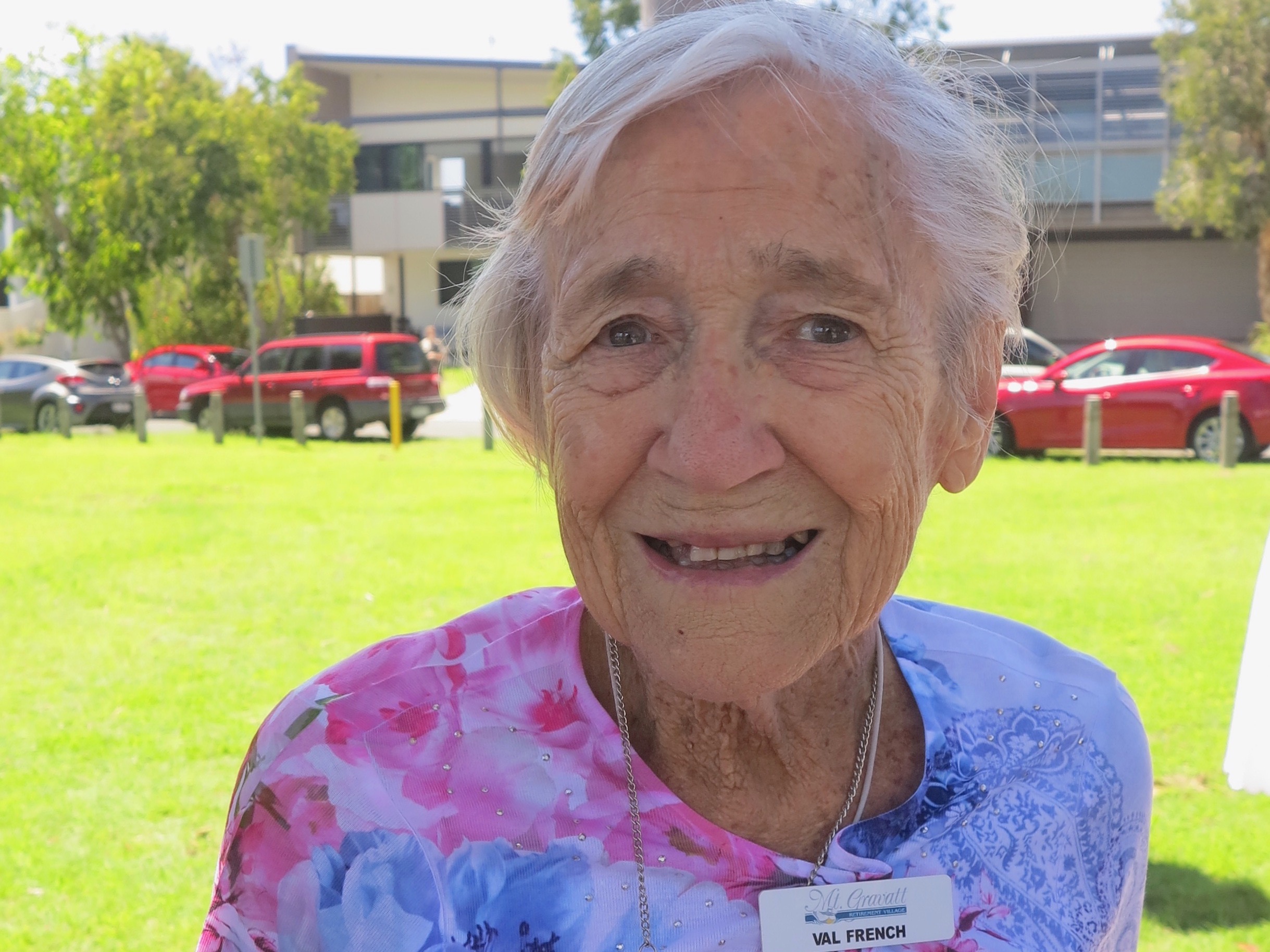